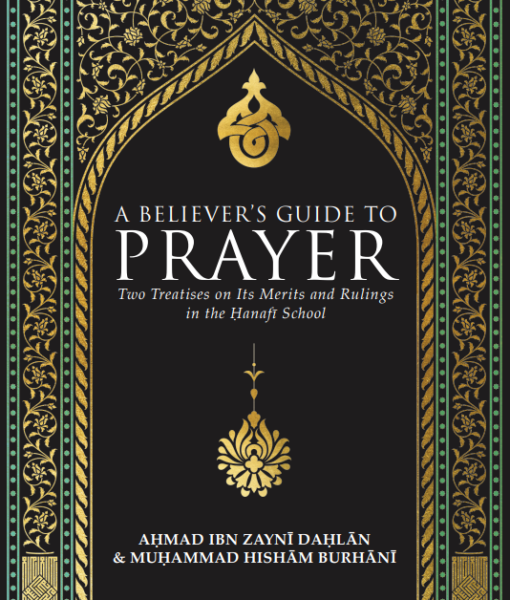 A Believer’s Guide to Prayer

The ritual prayer, or ṣalāt, has been described by the Prophet Muhammad (Allah bless him and give him peace) as one of the five (See below for more info)

The ritual prayer, or ṣalāt, has been described by the Prophet Muhammad (Allah bless him and give him peace) as one of the five pillars of Islam. This annotated work includes two treatises that deal with specific aspects of the prayer. The first is by Shaykh Aḥmad ibn Zaynī Daḥlān, and it outlines the importance of the prayer according to the sources of Islam and its early pious figures, the duty to perform the prayer in congregation and issues a stark warning against neglecting the prayer. The second is a legal manual detailing the rules of purification and prayer according to the Ḥanafī school of jurisprudence by Shaykh Hishām Burhānī.

Shaykh Aḥmad ibn Zaynī Daḥlān (d. 1304/1886) was the leading Shāfiʿī mufti and scholar of Mecca in his time, and an authority on Islamic history. He authored, and personally published, numerous works on the Islamic sciences and history.

Shaykh Hishām Burhānī (d. 1435/2014) was a Syrian scholar and an authority in the Ḥanafī legal school. He served as a lecturer in the Faculty of Shariah at the University of Damascus, where he taught Islamic law (fiqh), legal theory (uṣūl al-fiqh) and Qur’anic exegesis (tafsīr).